Welcome to EFavDB.com — a site devoted to machine-learning and data-science! The site is run by four physics PhDs practicing data-science in the Bay Area (bios below). We write here on learnings picked up on the job and in personal projects — the aim being to build up a broad library of tutorial resources for the data-science community. Hope you enjoy!

Prior posts can be found in the archives. Follow @efavdb for new submission alerts.

Those interested in hiring us for consulting projects should feel free to contact us on social media — either via private tweet or directly on LinkedIN. We specialize in various aspects of data-science and math modeling and are also available for in-office tutorials.

Jonathan Landy (LinkedIn) grew up in the midwest and then went to school at Caltech and UCLA. Following this, he did two postdocs, one at UCSB and one at UC Berkeley.  His academic research focused primarily on applications of statistical mechanics, but his professional passion has always been in the mastering, development, and practical application of slick math methods/tools. He worked as a data-scientist at Square for four years and is now working on a quantitative investing startup.

Damien Ramunno-Johnson (LinkedIn, Twitter, posts) is a highly experienced researcher with a background in clinical and applied research. Like, JSL, he got his PhD at UCLA. He has many years of experience working with imaging, and has a particularly strong background in image segmentation, registration, detection, data analysis, and more recently machine learning. He now works as a data-scientist at Square in San Francisco. 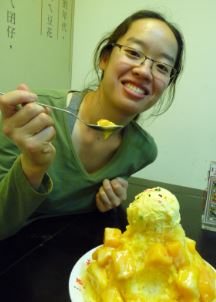 Cathy Yeh got a PhD at UC Santa Barbara studying soft-matter/polymer physics. She is currently looking to transition to a career in data science after wrapping up work with the translational modeling group in a pharmaceutical company in San Diego. She enjoys mining big data and big ice cream and seeing how both can help make the world a better place.

Dustin McIntosh (LinkedIn) got a B.S in Engineering Physics from the Colorado School of Mines (Golden, CO) before moving to UC Santa Barbara for graduate school. There he became interested in Soft Condensed Matter Physics and Polymer Physics, studying the interaction between single DNA molecules and salt ions (Google Scholar). After a brief postdoc at UC San Diego studying the physics of bacterial growth, Dustin decided to move into the data science business for good - he is now a Quantitative Analyst at Google in Mountain View.